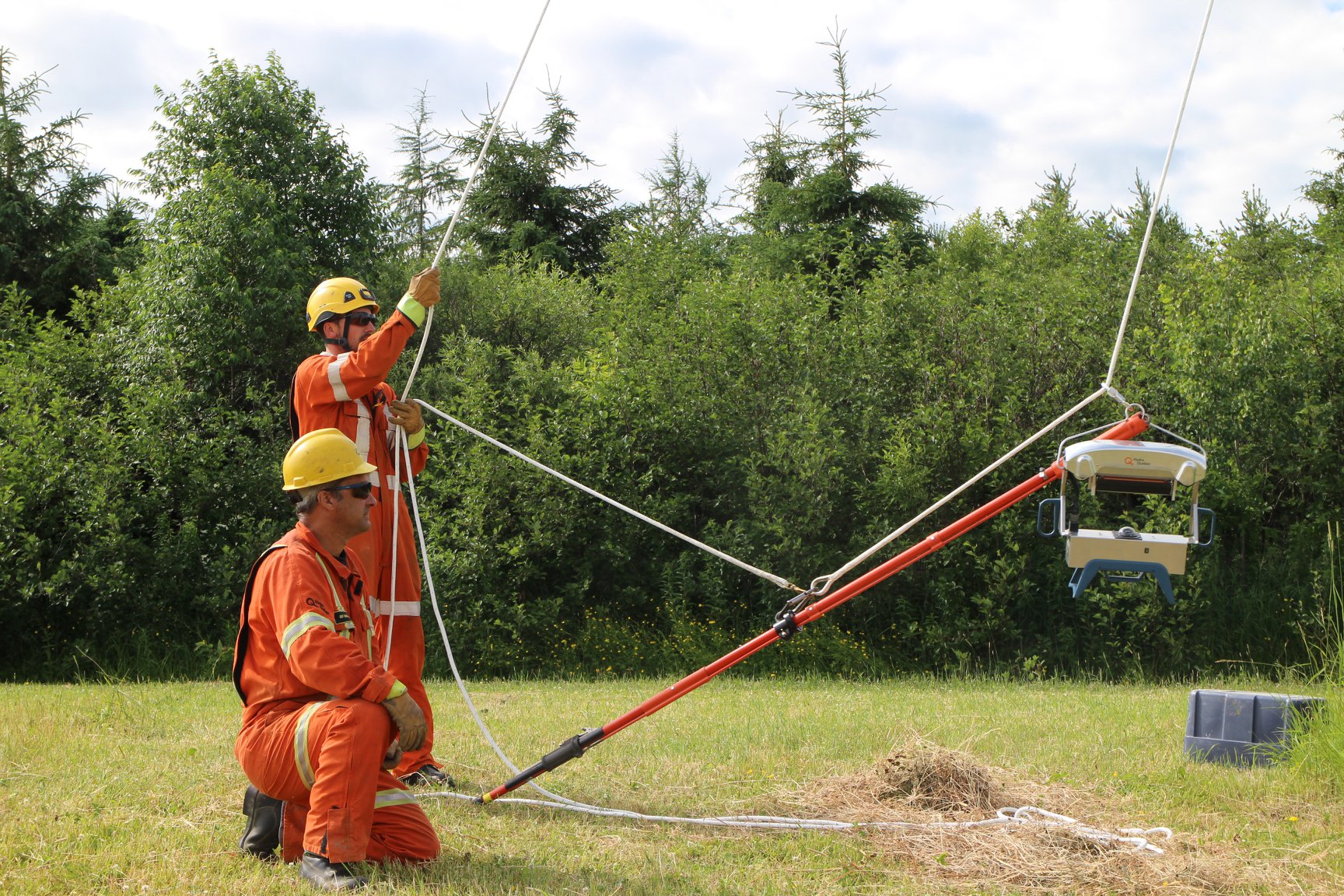 Stand-alone version of the LineCore probe, hoisted by linemen on a conductor for an inspection.

Hydro-Québec has entered into a partnership agreement with Québec-based Nucleom for the industrialization and commercialization of the LineCore and LineOhm power line inspection technologies developed by the robotics experts at the Hydro-Québec research center.

“This partnership with Nucleom will facilitate supply for Hydro-Québec and enable the deployment of our technologies on electric power systems around the world by an organization with proven expertise in non-destructive testing and critical infrastructure inspection,” said Patrick Judge, Manager – Business Development – Innovative Solutions at Hydro-Québec.

“Since its founding, Nucleom has fueled its growth through its capacity to innovate and put its know-how to work in several major projects, mainly in the nuclear sector. Through this partnership with Hydro-Québec, we will apply our expertise in the power transmission sector,” added Mathieu Beauchesne, Vice President of Operations at Nucleom.

The LineCore sensor takes a non-destructive approach to determining the galvanic protection on transmission and distribution line conductors, including live ones. It accurately measures the thickness of the zinc layer across an entire span and detects anomalies caused by corrosion without sampling. As for the LineOhm sensor, it makes it possible to assess the condition of the splice sleeves that connect two conductors.

The devices are used to carry out rigorous monitoring on lines exposed to conditions that are likely to shorten their service life, such as those occurring in marine climates and areas prone to adverse weather.

The LineCore and LineOhm sensors may be deployed on a line using obstacle clearing inspection tools developed by Hydro-Québec, including LineScout, LineRanger and LineDrone, which is the subject of a recent industrialization and commercialization agreement between DRONE VOLT and Hydro-Québec.

The agreement between Nucleom and Hydro-Québec stipulates that, following the initial industrialization phase, Nucleom will provide its customers with a line inspection service that relies on the new self-propelled version of the LineCore sensors.

Nucleom, a Canadian company with an international scope, specializes in non-destructive testing services. It offers solutions that significantly increase the speed and reliability of inspections on critical equipment. Nucleom is pushing the boundaries of non‑destructive testing to safeguard the operation of critical infrastructures such as nuclear reactors, pressure vessels and pipelines.

Nucleom’s know-how is driven by its innovation, in-house expertise of the highest level, leading-edge equipment and research and development programs often led in partnership with key industry stakeholders.