Nucleom offers metrology solutions using the Long-Range Laser 3D Scanner. There are many fields of applications in the oil and gas, nuclear and infrastructure markets. 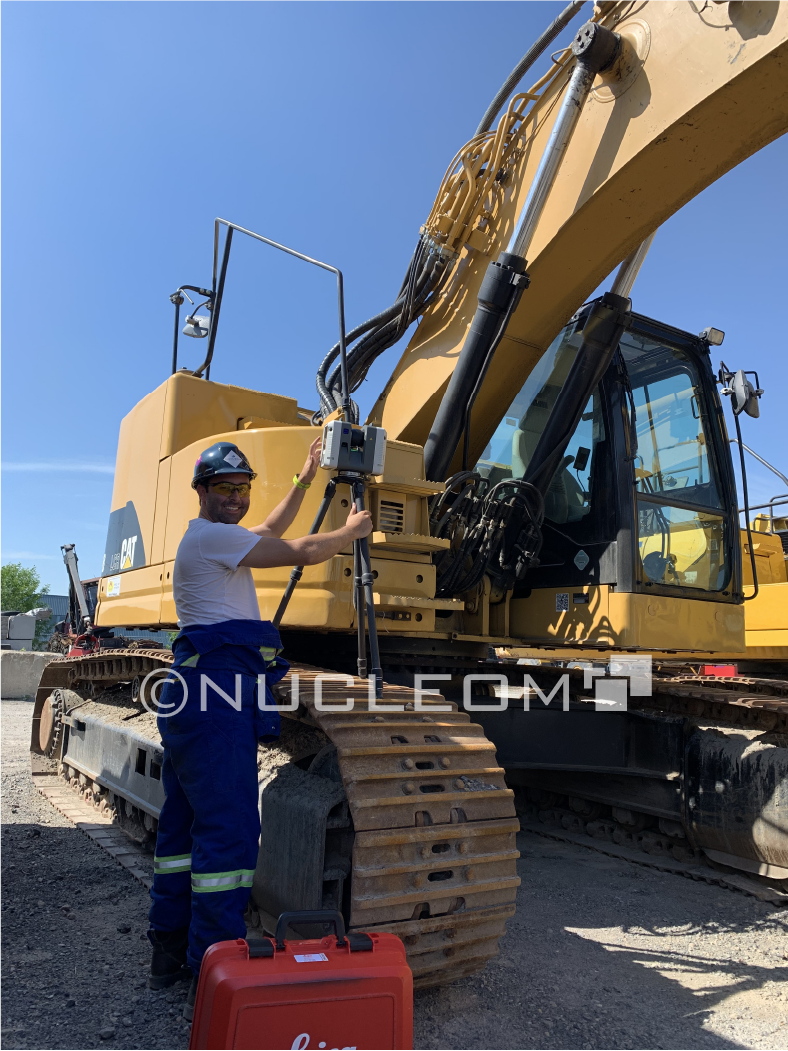 The long-range scanner uses a laser beam that is transmitted through the air; when it encounters any surface on its way, it bounces back to the scanner with information regarding the distance and location of the point (in a coordinate system) within the environment its covering. In one scan, the sensor is able to acquire millions of points and can reach distances as far as 300 metres away (depending on the device model). The accuracy varies upon the distance with an average of ± 1-2 mm. Multiple scans are done in order to get the complete geometry of the object, all the data is then further processed to conduct an inspection, quality control, and surveying or reverse engineering, as shown in the case of the project mentioned above.

In addition to the geometrical modelling capabilities of the device, the colour can be acquired and projected on the surface of the point cloud, as displayed in the 4th picture. In less than 15 minutes, the whole bucket was captured and our engineering team was able to create the 3D model and NURBS surface from the point cloud. This is just a sneak peek of what the long-range scanner can do. 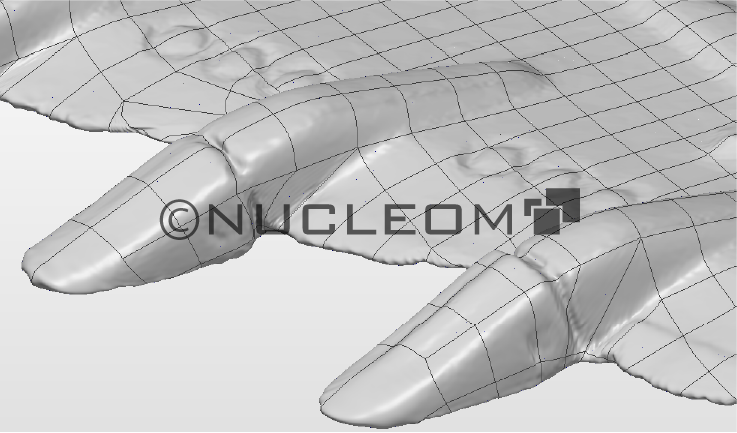 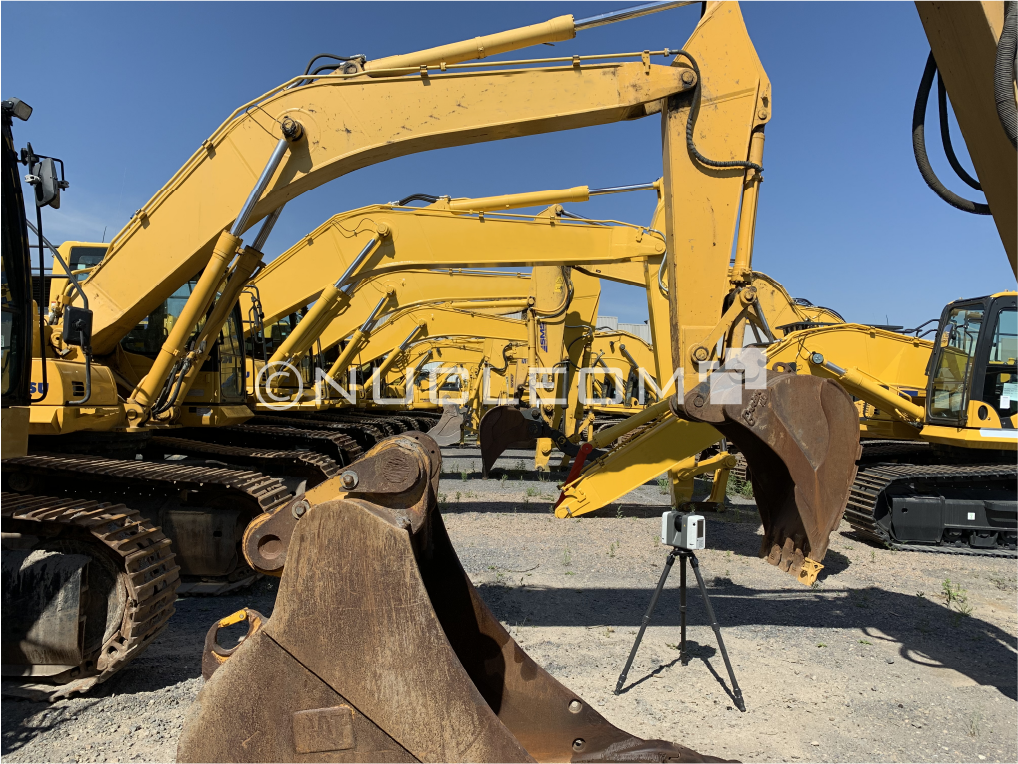 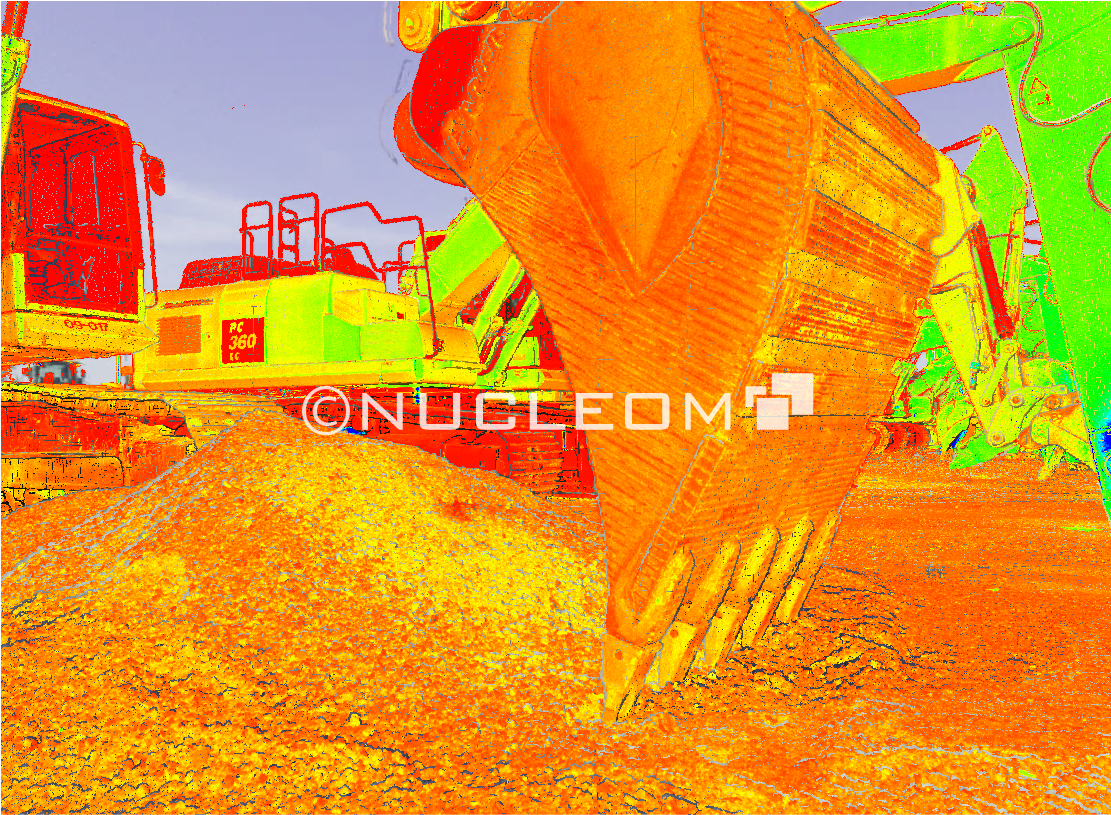 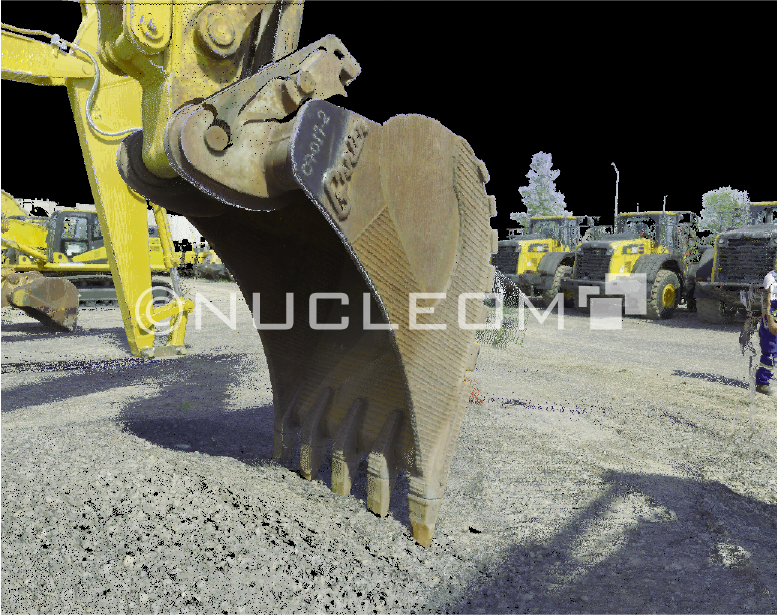 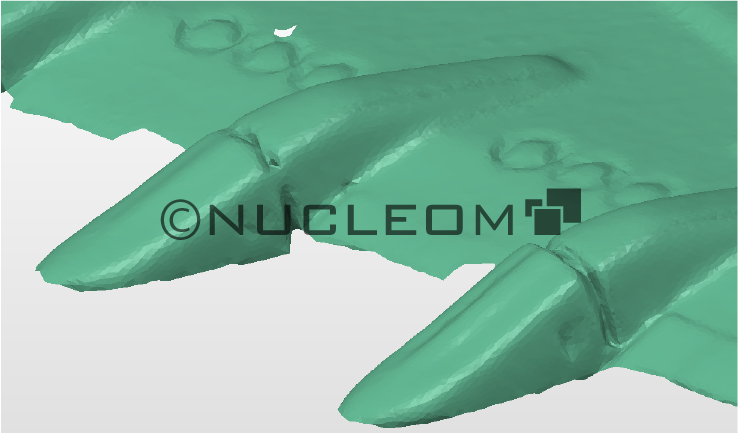 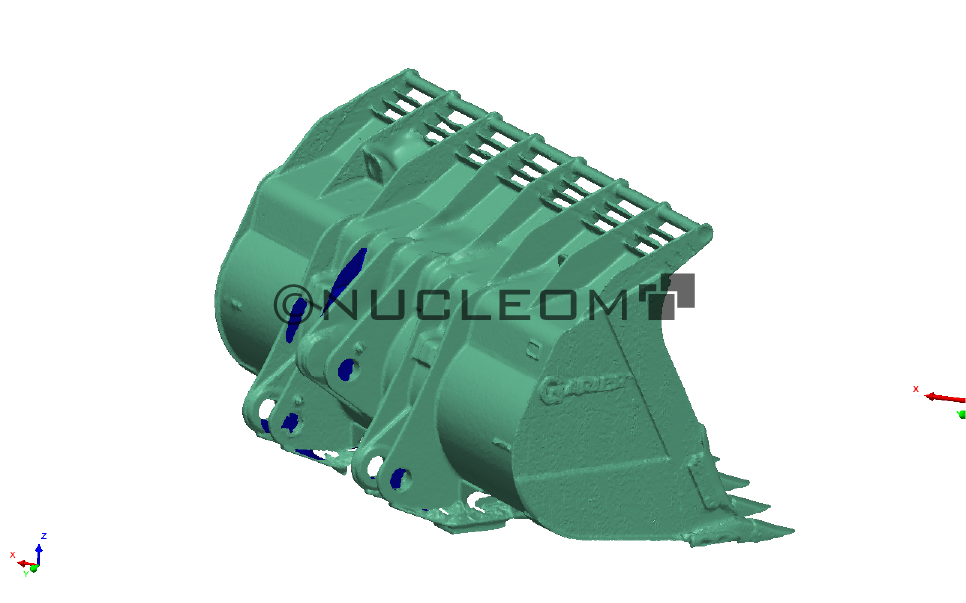 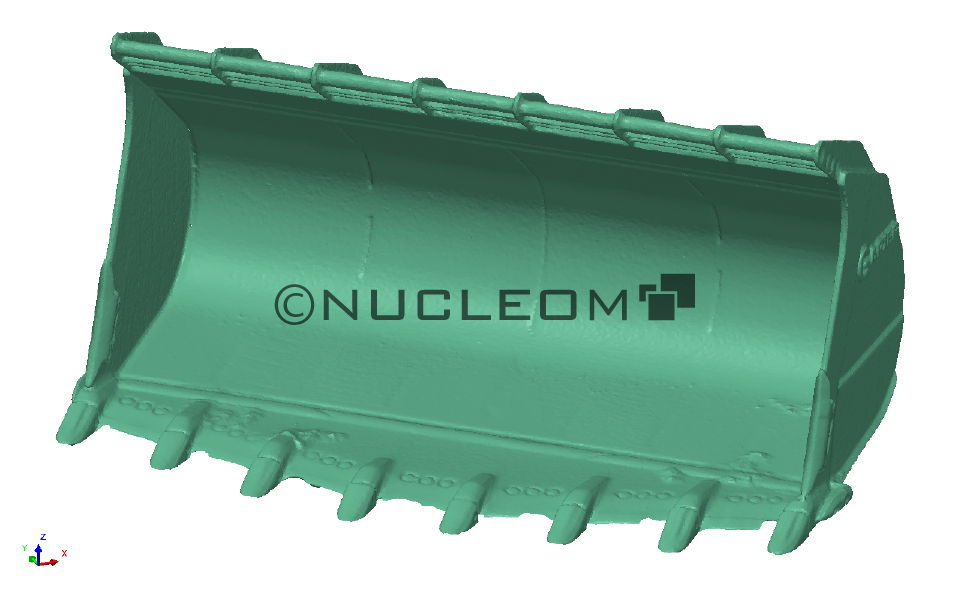 To have more details on our 3D scanner and reverse engineering solutions, contact our 3D Scan Lead, Adam Pinard by email or go to our CONTACT PAGE.

Adam Pinard has been working in the NDE field for more than 5 years now. Over the last years, he became a specialist in metrology and 3D scanning by working for Creaform/Ametek. With his bachelor’s degree in mechanical engineering and his previous experiences in 3D solutions, Adam has all that is needed to be a successful NDE Engineer and 3D scan Lead.

Nucleom is a Canadian non-destructive testing (NDT) company headquartered in Quebec City (Quebec), with offices in Montreal (Quebec), Toronto (Ontario), Kincardine (Ontario), Edmonton (Alberta) and Fort McMurray (Alberta). Providing a wide range of non-destructive testing services, Nucleom offers solutions that significantly increase the speed and reliability of inspections on critical equipment. Nucleom is pushing the boundaries of non‑destructive testing to safeguard the operation of critical infrastructure such as nuclear reactors and pipelines. The Nucleom team works in Canada and around the world, primarily on Canada’s world-renowned CANDU reactor technology, to ensure these workhorses of the nuclear power industry continue to work safely and thus integrate the principles of social and environmental responsibility.